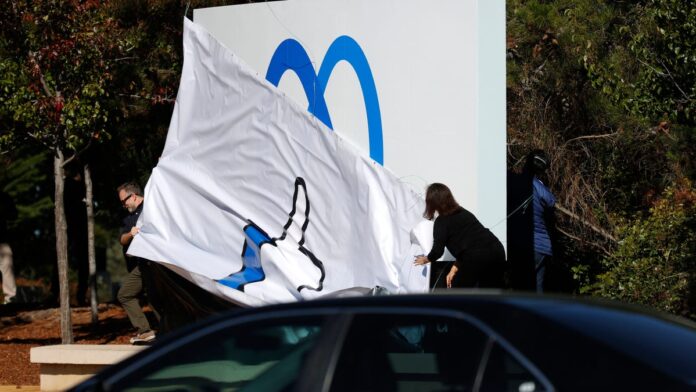 To reflect who we are and the future we want to build, I am proud to announce that our company is now called Meta, says Mark Zuckerberg, co-founder, and CEO of Facebook.

Thumb-up plus “likes” become a kind of pretzel or infinity when Facebook adopts a new identity: Meta.

The rebranding of the social networking platform reflects. The company’s broader ambitions for Metaverse and away from Facebook. An identity that is closely linked to all of its products, co-founder and CEO Mark Zuckerberg said at the company’s October 28 Connect conference.

“As we begin the next chapter, I have given much thought to what this means for our business and who we are ….

Facebook is one of the most used technology products in the history of the world. It’s an iconic social media brand, “said Zuckerberg.

However, this is no longer what the company does, given the family of applications such as WhatsApp and Instagram, as well as the company’s work in virtual and augmented reality.

“To reflect who we are and the future we want to build, I am proud to announce that our company is now Meta,” said Zuckerberg.

This means that the family of applications such as Facebook, WhatsApp, and Instagram, together with Reality Labs that build Metaverse, are now owned by Meta.

It was one of the most anticipated events, as Facebook was ready to announce the new name of the company and also to reveal its vision for the metaverse it is building.

It comes at a time when the company has been controlled for its negative impact on teenagers, according to the Wall Street Journal.

While many would question the timing of the Metaverse conversation amid the recent controversy, Zuckerberg said he said he believes in “what we can build and technology can make life better.”

A mine of internal documents disclosed by Facebook whistleblower Frances Haugen described. The social giant’s various mistakes and difficulties in moderating content, especially in multilingual countries such as India, its largest market, with more than 340 million users.

Facebook, or Meta, as it is now called, is investing heavily in Metaverse. During this week’s conference call, the company announced that it will invest $ 10 billion this year in Reality Labs to build Metaverse.

The company will also invest $ 150 million to train developers in new ways to use Metaverse.

“Our brand is currently so closely associated with a product that it cannot represent everything we do today, much less in the future.

I hope that in time we will find ourselves as a reverse meta company and I want to anchor our work and identity in what we strive for “, said Zuckerberg.

“From now on we will be metaverse first, not Facebook first. This means that over time you will no longer need a Facebook account to use our other services.

When our new brand appears on our products, I hope that people around the world will know the Meta brand and the future we represent, ”he said.

For this reason, the company also announced that it will make Facebook Reality Labs a separate reporting segment in its fourth-quarter revenue reports for 2021.

How does the company build it?

The idea of ​​the metaverse is to make it more immersive where, instead of communicating through mobile applications, people can feel the presence of others.

This would mean that digital avatars, each for different occasions, would create their own space, facilitate teleportation from one platform to another.  And also create a security feature built into the platform.

“In Metaverse, you can do almost anything you can imagine: to know your friends and family, to work, to learn, to play, to shop, to believe. To have completely new experiences, which do not really fit our imagination. .. today Computers or phones, said Zuckerberg.

With the renaming of the world’s most iconic social brand, the acronym for America’s five biggest tech companies – Facebook, Amazon, Apple, Netflix, and Google – goes straight from FAANG to even less appetizing MAANG. It has elicited countless “likes” to “angry red faces” reactions on social media.

The Biggest Internet Trend You Need To Think About Right Now 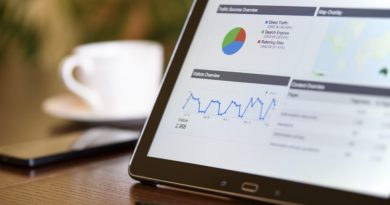 The Impact Of COVID On Digital Marketing